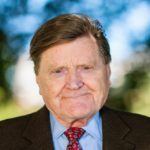 Ralph Sultan was elected to the BC Legislature to represent the riding of West Vancouver-Capilano in 2001, 2005, 2009, 2013 and 2017. He is currently a member of the Select Standing Committee on Public Accounts.

Ralph was previously the Minister of Advanced Education, Innovation and Technology and the Minister of State for Seniors. He previously served on the Legislative Review Committee, and the Government Caucus Committee for the Economy, was the Caucus Liaison for the Ministry of Finance, a member of the B.C. Mining Task Force, was Chair for the Government Caucus Committee for the Economy, and a Member of the Select Standing Committee on Public Accounts.

Ralph is an economist, educator and businessperson who also maintains registration as a professional engineer (P.Eng.). Prior to attending university, he worked as a tree faller, a lineman on the construction of the Kemano-Kitimat transmission line, a surveyor’s helper on the Lillooet and Bridge River hydroelectric projects, and was an International Brotherhood of Electrical Workers permit member.

Graduating from UBC in 1956 with a Bachelor of Science in Engineering, Ralph worked as a technical sales representative for a major international company before earning MBA, MA, and Ph.D. (Economics) degrees from Harvard University. He completed those degrees in 1965. He then served as Assistant and Associate Professor at the Graduate School of Business Administration, Harvard University, for nine years. He was then employed by The Royal Bank of Canada for almost ten years as Chief Economist; then Senior Vice President, Marketing in Montreal, and subsequently Senior Vice President, Global Energy and Minerals Group in Calgary. He was retained by the J. W. McConnell Foundation, Canada’s largest philanthropic fund, as investment advisor.

In 1974 and 1975, Harvard University Press published his two-volume study of price fixing in the electrical industry.

Between 1980 and 2000, Ralph held senior officer and director positions in a variety of financial, mining, forestry and technology sector companies, and owned and operated his own investment company. In the mining sector, he was Executive Vice President of Hudson Bay Mining and Smelting Company, a subsidiary of Anglo American Corporation, and was Vice-Chair of Curragh Resources in the Yukon, and held other executive positions.

In the 1990s, after returning home to British Columbia, Ralph served as President of a joint venture with a major American corporation and engaged in the development of a fibreboard mill in Williams Lake.

Ralph was the Eagle Harbour Yacht Club executive secretary and was an Augustana Lutheran Church Councilor. He was Chair of the Financial Research Foundation (1984-1985), Chair of Queen’s University Business School Advisory Committee (1981-84), Economic Council of Canada member (1979-83), and Harvard Business School fundraiser (1968-1994). He arranged for the endowment of a UBC professorship in mining engineering (1990) and served on Harvard’s Graduate School Arts & Science Advisory Committee (1993-1996). Ralph has received academic awards, including graduation from the Harvard Business School with High Distinction, UBC’s Cayley Prize, the Engineering Institute of Canada Prize, Harvard’s designation as Baker Scholar and Ford Foundation designation as Fellow. He is a member of the Association of Professional Engineers and Geoscientists of British Columbia.

Born in 1933, Ralph was raised in a family of ten in the Mt. Pleasant District of East Vancouver. He has lived on Vancouver’s North Shore since returning to B.C. His wife of 43 years, Shirley, a surgical nurse and rehabilitation clinic entrepreneur, died suddenly in 1999. He has four children and five grandchildren. He enjoys boating, skiing and gardening.