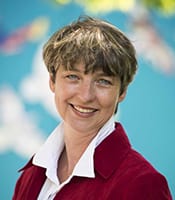 Nora Gambioli first joined Council in 2011 and was re-elected in 2018 for her third term as councillor. Nora has deep roots in West Vancouver. Since the early 1920s, four generations of her family have lived here. She has a strong interest in the community, and much of her life has already been devoted to […]

On March 6, 2012, West Vancouver Council voted unanimously to “sell the District-owned lands on the 1300 Block (south side) of Marine Drive to Grosvenor Capital Corporation. Council received over 200 public submissions on the proposed agreements and recognizes that this is an important piece of land for the entire community. This approval in no […]