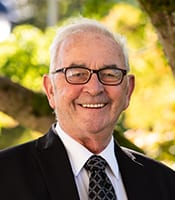 Bill Soprovich returns for his eighth consecutive term as councillor after being re-elected in 2018. During his years on Council, he has served on a number of advisory committees, including Design, Planning, Heritage, Community Services and Parks and Recreation. Other committees that Councillor Soprovich has served on include the Recreation Facilities Planning Select Committee, the […]