Presented by Rock It Boy Entertainment

Appearing before sold-out crowds, DAVID JAMES is North America’s favourite JOHNNY CASH tribute act.  Taking the stage with his own three-part band, BIG RIVER, James has the stage presence and the characteristic sound of Johnny Cash nailed down.  With the look, the moves and the sound, he brings to life five decades of hits such as ‘Folsom Prison Blues’, ‘Ring of Fire’, ‘Hey Porter’, ‘Rock Island Line’, ‘Get Rhythm’, ‘The Long Black Veil’, ‘Daddy Sang Bass’, ‘Sunday Mornin’ Comin’ Down’, ‘A Boy Named Sue’, ‘Man In Black’, ‘Walk The Line’ and his signature piece ‘Orange Blossom Special’ as well as Johnny’s crossover songs ‘Hurt’ and ‘Rusty Cage’.

Providing the voice of Johnny Cash in the award-winning film My Father and The Man in Black, David James proves he is the most authentic JOHNNY CASH tribute artist in the business.  A living prodigy to one of historys ‘true phenomenons, he is . . . . .  almost Johnny Cash!  ‘It’s not only about the voice’, says Dave.  ‘It’s about living and breathing the man.  I want our audiences to go home feeling like they just observed the man himself.’

Steven Hill, entertainment reporter for The Question says, ‘When the deep and eerily familiar voice on the phone says, ‘Hello, this is’ almost Johnny Cash,’ it takes a second to register that the person on the other end of the line is really DAVID JAMES and not the real Man in Black.’  Singer, songwriter and musician PETER GABRIEL declares, “David has a voice very close to JOHNNY CASH himself and he’s a great performer”.  Mark Corbett of the Nanaimo Business Association concludes, ‘If you were to close your eyes while watching a performance of the tribute band DAVID JAMES & BIG RIVER, you’d swear JOHNNY CASH was up on stage. Even with your eyes open, the spirit of the ‘Man in Black’ is definitely in the room. This is a must see performance for anyone who’s a fan of country music’s most provocative entertainer.’

Hilary Beckett is a local vocalist with a background in piano, bass and guitar. Drawn primarily to vocals, she would insist on fronting her school choirs and jazz bands. She eventually joined the Vic High RnB Band through which she was privileged to strut her stuff alongside Jim Byrnes, Kenny Rogers, Sharon Jones and Motown Legend Martha Reeves, with whom she also filmed a documentary.  Since that time, Hilary has fronted several local bands including Rainshadow, Momentum, The Midnights, The Solution and The Southern Urge in addition to a BC tour with Randy Frisky. 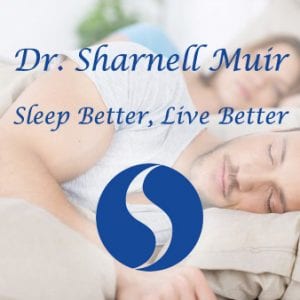