Opening reception and book launch on October 9, from 7pm

The exhibition coincides with the launch of the book produced by the museum and published by Douglas & McIntyre.

In the 1950s and ’60s, a new architecture was transforming the west coast of North America. Post and beam construction, sleekly sculptural lines and dramatic natural settings were hallmarks of mid-century West Coast Modernism, and Selwyn Pullan played a crucial role in popularizing this bold and innovative style in Vancouver. His photographs of the region’s rapidly changing architectural landscape dominated the local journals and consumer magazines and helped shape the taste of a nation.

Pullan photographed projects for British Columbia’s leading architects of the era, including Ron Thom, Fred Hollingsworth, Ned Pratt, Arthur Erickson and Barry Downs. With many of these projects now demolished or altered beyond recognition, his archive forms a crucial record of this definitive architectural movement.

The first full-length book dedicated to Pullan’s compelling photographs, Selwyn Pullan is an extensive retrospective with beautifully reproduced images and illuminating texts that place the photographer in historical and cultural context.

Highlights from the book and images that have not been previously exhibited will be featured.

KIRIKO WATANABE, assistant curator at the West Vancouver Museum, has worked closely with Selwyn Pullan for many years reviewing his negative archives and scanning, compiling and researching images for Pullan’s exhibitions and monograph.

ADELE WEDER is an award-winning architectural writer, curator and cultural journalist. She is co-author of B.C. Binning and A Guidebook to Contemporary Architecture in Vancouver.

DONALD LUXTON is a heritage consultant, architectural historian and the author of Building the West, a comprehensive survey of early 19th and 20th century architects in British Columbia.

BARRY DOWNS is a long-time associate of Selwyn Pullan. Downs is a recipient of many architectural awards, including the Massey Medal, and has served on Vancouver’s heritage and civic design panels for over four decades.

The support of the Canada Council for the Arts and donors for this publication is gratefully acknowledged. 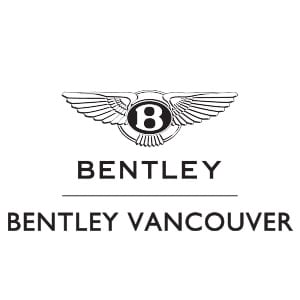