A four-day celebration of superb Afro-Cuban music in Granville Island.

Island of Music presents the Vancouver Cuban Music Festival: the only event of its kind in Canada, featuring an all-star selection of musicians coming all the way from Cuba.

For complete festival and venue information, a festival teaser video and to purchase tickets visit http://www.islandofmusic.com/

From October 16 to 19 of 2014, Performance Works, Waterfront Theatre and The Cinematheque will host a variety of unique cultural activities as part of the Festival, including four evening concerts, movie screenings, dance workshops, a matinée jazz concert, a jam session and a special show for kids and families.

The festival’s line-up is headed by Orchestra Azúcar Negra. Reigning as one of Cuba’s most popular bands for the past 15 years, but having never performed in Vancouver, Azúcar Negra makes their debut in this city at the festival.

Other featured artists include living legend Pedrito Calvo (former lead singer for 30 years in Cuba’s most revered super-band: Los Van Van), as well as Tania Pantoja, Waldo Mendoza, Sixto “El Indio” Llorente, and Gardi. The Cuban stars will be accompanied by an entourage of highly trained musicians, all of whom have graduated from the island’s most prestigious music schools, boasting stellar worldwide reputations.

The Vancouver Cuban Music Festival is a project conceived not only to enhance the popularity of Cuban culture in this city, but also to contribute to Vancouver’s cultural diversity by bringing never-before-seen international talent of the highest caliber. As part of the mandate of our cultural society, we want to foster the musical education of children and youth by facilitating and encouraging their participation in events like this. This is why we have dedicated a large spot of our festival to a Kids Talent Show that will serve to showcase our children’s achievements in the world of latin music and beyond.

The VCMF is an event that promotes inter-generational participation. We are proud to have Global TV, Shaw Multicultural Channel, the Georgia Straight, Executive Hotels and the Granville Island Cultural Society as official sponsors.

For more information about the Vancouver Cuban Festival, please contact its Artistic Director, Julio Montero, at 778-707-0079, or email him here: anislandofmusic@gmail.com 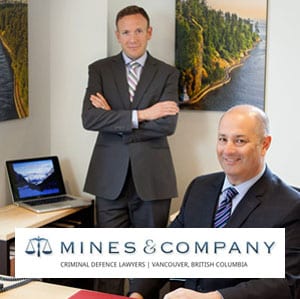