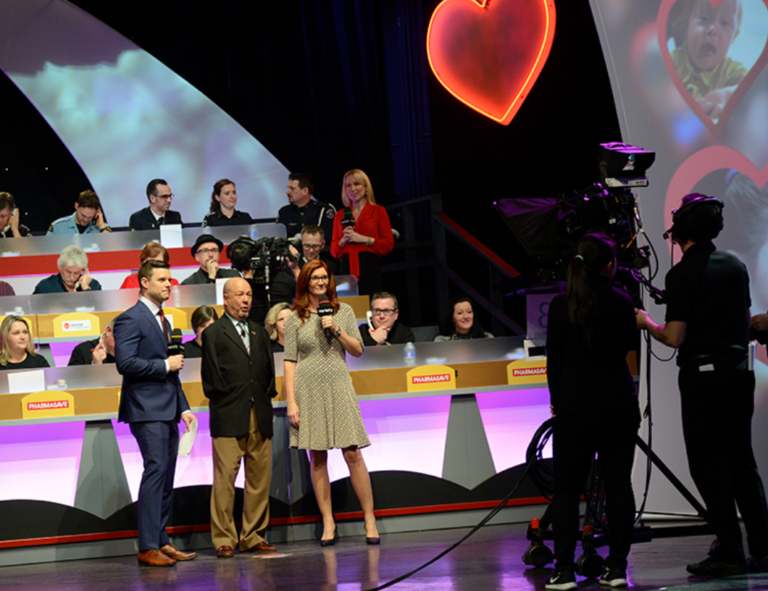 Variety – the Children’s Charity is excited to announce that the Variety Show of Hearts is returning to Global BC as a 3-day event. The iconic fundraiser will kick off on Global News Morning on Thursday, February 24 where viewers will be introduced to some of the amazing kids they’ve helped in 2021. The stories will then continue on all of Global BC’s newscasts throughout the day and on Friday, February 25.

Viewers will then be treated to even more stories & surprises when the 56th Annual Variety Show of Hearts Telethon airs on Saturday, February 26 from 1:00 pm to 5:30 pm. Returning to the stage will be hosts Chris Gailus, Sophie Lui, Kristi Gordon, Neetu Garcha, Paul Haysom & Jay Janower from Global BC as well as 980 CKNW’s Jody Vance. Joining them will be Show of Hearts favourites, Howard Blank, Alvin Law & Marco Pasqua along with actor & parent advocate, Bethel Lee, singer-songwriter, Seven Taviss and Variety Youth Champions, Janelle Milne and Esabella Strickland.

Throughout the three days, viewers will see their donor dollars in action when they’ll be introduced to children who have been helped by Variety including 4-year-old Cassie from Richmond who received hearing aids and 5-year old Ace from Abbotsford who received an adaptive stroller.

Last year’s Show of Hearts raised $6,681,873 to benefit children with special needs province-wide. Donations can be made by calling toll-free at 310-KIDS as well as online or by texting “KIDS” to 45678 to make an automatic $20 contribution.

This year’s entertainment line-up will feature special guests, David Foster, Katharine McPhee and Colin James. In addition to winning sixteen Grammy Awards, David has also won both an Emmy Award and a Golden Globe while earning three Oscar nominations for “Best Original Song”. Born in Victoria, the Canadian icon received a star on the Hollywood Walk of Fame in 2013. Katharine rose to fame in 2006 after finishing as runner-up on Season 5 of American Idol. Following the success of her 2007 self-titled album, she branched into acting on television and in films. Katharine went on to make her Broadway debut in 2018 playing the lead female role of “Jenna” in Waitress. Colin – who has earned seven Juno Awards over the span of his career – will be taking time out from his cross-Canada tour to perform songs from his newly released 20th studio album, Open Road.

And making their Show of Hearts debut will be six-time Juno Award-winning singer-songwriter, Serena Ryder, singer-songwriter, William Prince, Penticton’s own spoken word poet, Shane Koyczan and Canadian violinist, Adrian Anantawan. Please donate and help the children of BC, you will make a difference!
www.variety.bc.ca/show-of-hearts-2022